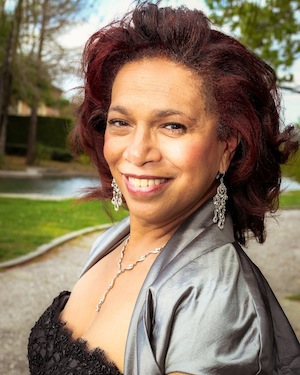 Ms. Givonna Joseph is deeply committed to the culture of New Orleans, city of  her birth.This is most evident in her concerts featuring  the 19th Century classical music of  New Orleans Free People of Color, and in her appearance on "Le Grand Tour", a French documentary.

The mezzo-soprano, Founder and Director of  award winning  OperaCréole, was recently honored as one  of Southern Living Magazine's "Southerner of The Year 2017", along with her daughter, Aria Mason. She was of 5 finalists in the Arts-Based Business Pitch at the 2017 New Orleans Entrepreneur Week, interviewed by The New Yorker,  and NPR in promotion of the production of La Flamenca.

She was also seen in the role of "Sylvia" in the New Orleans premiere of the new opera "Wading Home, an opera of New Orleans"  by Mary Alice Rich based on the novel by Rosalyn Story. The performance  starring Donnie Ray Albert was in remembrance of the 10th Anniversary of Hurricane Katrina. And was Alto Soloist for Messiah with The Symphony Chorus of New Orleans, at the Orpheum Theater.

She has been honored as a standard bearer for Louisiana culture with a profile interview on WWNO Radio/NPR, and as the recipient of the 2012 Louisiana Creole Research Association Recognition Award.

Ms. Joseph has performed with New Orleans Opera in roles such as "Lily" in "Porgy and Bess",one of the three "Abati" in "Manon Lescaut", and and one of the Gossips in Noah's Flood. She is also a member of the professional chorus.

In addition to performing , the multifaceted award winning artist is a private vocal instructor, a Master Teaching Artist with Young Audiences of Louisiana,  a teaching artist with  New Orleans Opera's "MetroPelican" program, a writer, and public speaker.

Ms. Joseph has performed in concert at such venues as The American Church In Paris  in Paris, France and La Chiesa di Santa Susanna in Rome, Italy.  She has been a soloist with the William Grant Still Orchestra,  the Symphony Chorus of New Orleans, and  as a cantor for Blessed Teresa of Calcutta's New Orleans visit. In the 2006-2007 season, she was a chorister with Houston Grand Opera . The creator of "WomanSong", a one woman show, she was also heard as an opening artist for Ray Charles in Concert at Jones Hall in Houston, TX.

Prior to Hurricane Katrina, Givonna served as Music Director/Cantor at St. Rose of Lima Church, and Director of Education for the  Louisiana Philharmonic Orchestra.

She has served as cantor  at Holy Name of Jesus  Catholic Church on St. Charles Avenue, and at many other churches around the city.

The arts advocate is also a member of LA Creole (Louisiana Creole Research Association)  and member of American Guild of Musical Artists (AGMA), and The Louisiana Touring Directory

To listen to Ms. Joseph's most recent interview on WWNO Radio go to the Pres/Media page